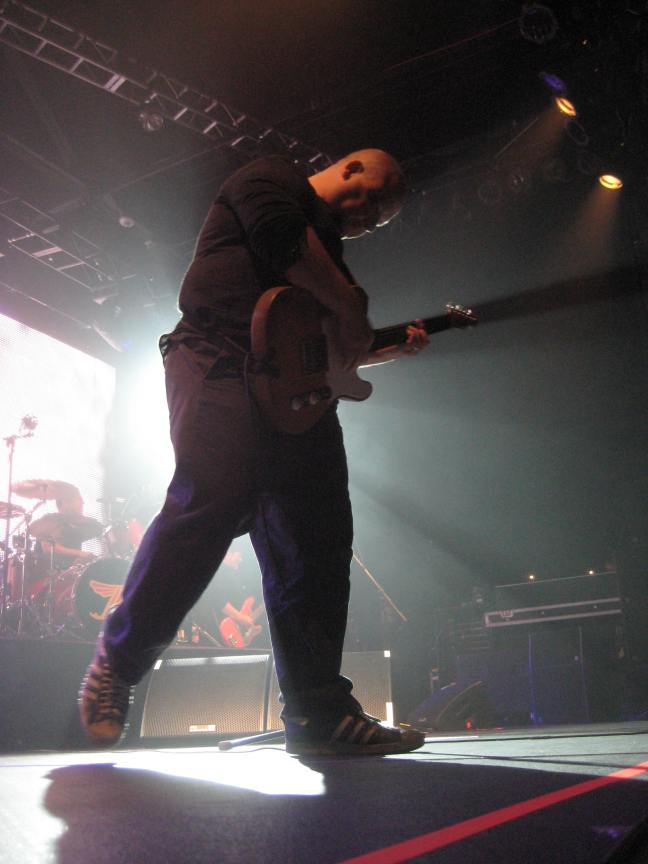 THE PIXIES
The Fillmore, Denver
11/16/09
by Adam Perry for Westword

Better Than: Kurt Cobain rising from the dead to reunite with Nirvana

With workman-like poise, Joey Santiago, Black Francis and David Lovering calmly and confidently prowled the big Fillmore stage in Denver last night, pulling off one of the most exciting and effective reunions American rock has ever seen. For the three sometimes eerily composed dudes in the Pixies, getting back together after so many years of acrimony to perform their heavy, eccentric classics that enlivened and inspired two generations of alternative, indie and punk bands seemes like a an enjoyable, lucrative decision. Conversely, ever-smiling Pixies bassist/backup-singer Kim Deal eagerly embraced the sold out crowd and her chance to finally play all those great songs again after an 11-year breakup and a few years of mostly festival gigs. Indeed, beer bottle in mouth after every song, widespread grin on her face and giddy comments (mostly ignored by her bandmates) abound, Deal’s Pixies Reunion happiness made it seem as if her dream had just been granted by the Make-A-Wish Foundation. It was beautiful.

As Deal and her mates materialized after a strange, prolonged video intro and 9pm to a series of giant roars from the capacity audience, Deal grinned wildly and blurted out “b-sides!” before the Pixies launched into three of the most obscure tunes in their catalog, including “Manta Ray” and “It’s Alright at My School.” It was a welcome diversion from the much-advertised task at hand — covering 1989’s seminal indie-rock longplay Doolittle in its entirety – but a few of the Denver faithful felt inclined to shout “no b-sides! no more b-sides!” between songs. Still, the obscurities (“so obscure we had to learn them,” Deal exclaimed) gave the band a chance to showcase Black Francis’ powerful voice, which many in attendance commented was in better form than ever, before kicking off Doolittle with the hard-charging “Debaser,” just one of the songs that grunge acts like Nirvana openly ripped off on their way to mega-stardom. 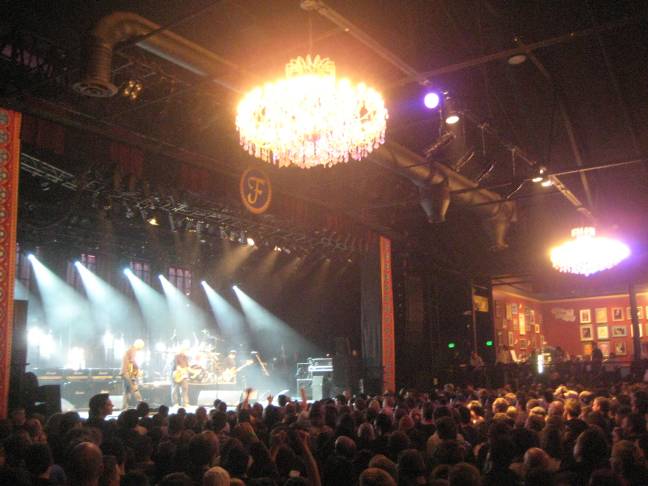 All four original members clad entirely in black, and Francis (who now closely resembles Andy Schneidkraut of Boulder’s Albums on the Hill) joining Santiago in the shaved-head club, the Pixies soon revealed why they were probably the best rock band of the late-80’s and early-90’s and Francis is indie-rock’s Jerry Garcia, though not only in body-type. Francis’ diverse and outstanding rhythm guitar, and his impressive belting and all-out screaming of eccentric and intelligent lyrics, nicely juxtaposed Santiago’s unique hardcore-surf guitar, Deal’s thick, round bass and pretty vocals while Lovering tastefully pounded away. However, on Doolittle highlights like the crushing “No. 13 Baby” and fan-favorite “Hey,” the group showed off it’s penchant for stunning dynamic and rhythmic outbursts of distorted guitar and pounding drums, layering Francis’ gigantic voice brilliantly.

During “Monkey Gone to Heaven,” the surging Denver crowd sang along with Francis word-for-word on the “man, devil, god” bridge, making the Fillmore feel like a place of evil worship, although the $40 posters featuring nothing but Doolittle’s front cover made the evening partly feel like a Rolling Stones concert. Francis is an imposing, sinister, straight-faced and huge-voiced animal onstage; Santiago is simply calculated and professional (sort of Thurston Moore-meets-Dick Dale); and Deal never stopped smiling, finding something silly to say before and after every song while Francis and Santiago stood silent and Lovering waited to click off the next number. With Deal the only giddy one, and Francis and Santiago at times playing with a total lack of interest that made me wonder if they were incredibly cool or just cashing in, it was sometimes tough to tell what this very pleasing Pixies reunion is “about,” especially during a lagging version of “Where Is My Mind?” Regardless, the crisp, clean and loud Fillmore sound helped make this show unforgettable. Wish I was going tonight, too. 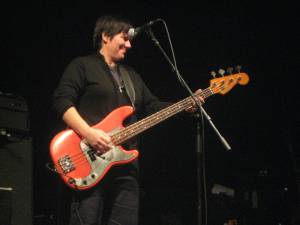 Personal Bias: I prefer the Fillmore in San Francisco. Gotta admit it. And it’s not just the free apples.

Random Detail: The Pixies reportedly broke up in 1993 partly due to substance abuse, but Deal and Francis were sucking down beers all night.

By The Way: Witnessing Deal’s happiness onstage as wonderful female accompaniment to Francis’ evil genius, one has to wonder when Talking Heads bassist Tina Weymouth will get a similar reunion chance. It’s now or never, David Byrne. I went to the Pixies show with a bunch of young Boulder college students who lamented on the way home that while the 40-something Pixies were “fucking amazing,” it was hard not to wish their parents were that cool, as they’re all the same age as the Pixies. Dammit, I want the same chance to complain, Mr. Byrne. 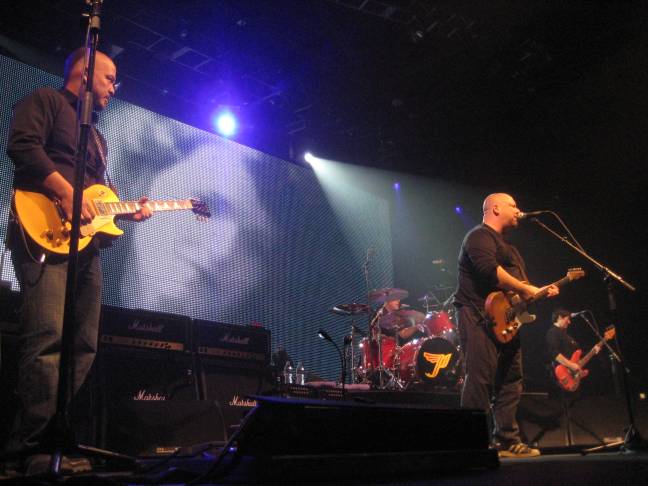 FIRST ENCORE
20. Wave of Mutilation (UK Surf)
21. Into the White

4 thoughts on “If God is Seven, Then the Pixies Are BACK!!”