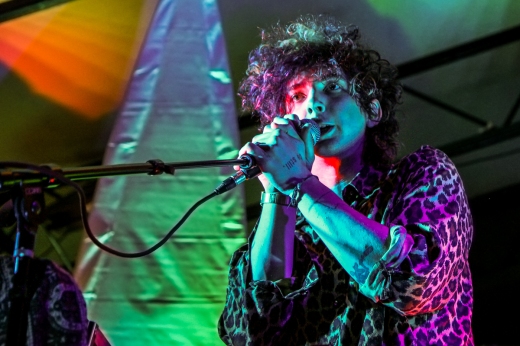 The humble Trevor Powers, who records under the moniker Youth Lagoon, is somewhat of an enigma. His visionary first record, Year of Hibernation, is full of adorably cerebral psychedelic pop written in his dorm room at Boise State University and recorded over Christmas break in 2010. Before the eight-song lo-fi beauty — earnestly full of confession, hope and desperation — was even released (in September 2011), Powers had become a Pitchfork darling (they called his music “world-swallowing”) and general underground music star via the songsharing site Bandcamp.

Yes, kids, it really can happen. Not everyone needs to either have family in the music industry or rich parents who pay for a van, gear, promotion, studio time (and diapers?), etc., in order to make rock ’n’ roll a career. Write some great songs, get a couple of them out there online as free downloads, do some networking but try not to be an asshole, explore the opportunities that come your way and, if people like your music, make sure to have an amazing live show and the willingness to essentially live on the road.

In Powers’ case, after his gentle, startlingly honest synth-pop track “July” made waves online and he was picked up by Fat Possum — a respected Mississippi label that’s released albums by the likes of The Black Keys, Andrew Bird and the Heartless Bastards –— he dropped out of the English program at Boise State and prepared go east for the first time in his life, at 22.

“It’s like a stupid dream, but I’ve always wanted to go to New York,” Powers told Pitchfork before embarking on his first-ever tour, in the fall of 2011. “I’m really stoked. It’s my first time even traveling.”

Johnny Manziel this kid is not. Check out a June 2012 video interview Powers did with ABC News. Powers, looking downright pale in an oversized denim shirt, awkwardly rests against a rock in Central Park, looking like a 12-year-old version of Arnold Horshack from Welcome Back, Kotter, with even bigger hair. Answering a question about how the sincere, sobering lyrics from “July” took off online, Powers says: “The whole nostalgia thing, like, to me has, like — I don’t romanticize the past at all. There’s nothing, like … I didn’t write it with the idea of being nostalgic or anything like that, you know … some people interpret it like that, but that wasn’t my intention. It’s not, like, nostalgic but it’s, like, haunting. Like, the things that haunt me, that’s what inspires me. I don’t know why that’s more inspiring than happy things, but it just is.”

It’d be easy, and cruel, to poke fun at a kid for a quote like that and compare him to the infamous Miss Teen USA contestant who made headlines in 2007 for saying “I believe … some people in our nation don’t have maps.” But Powers has a lot to say, and part of what makes the music of Youth Lagoon so inspiring and interesting is Powers’ fragile psyche, which he talks about openly. He was “freaky” as a painfully shy young boy, and is simultaneously enjoying success and dealing with the bouts of severe anxiety he’s experienced nearly all his life.

The Year of Hibernation repeatedly alludes to psychosis, most remarkably in “The Hunt,” the chorus of which includes the lines, “I have a sickness in my head that won’t go away / and by the time the bugs eat their way out of my skull / will you still say ‘I love you’? / will you still want my soul?” But, unlike Syd Barrett (no doubt a Youth Lagoon predecessor, along with Cocteau Twins) Powers says that success, if probably not fame, has surprisingly not exacerbated his anxiety. His transition from eccentric college kid to international touring musician has been smooth. He told Interview last year that success has “actually helped. Because I am able to focus on things now. I was seeing a counselor and that helped too, so I’m doing a lot better. It’s still a daily thing that I deal with, and that’s why I’m open about it, because I know there’s other people that have anxiety. So I’m open about it, but it’s definitely helped to be busy.”

Indeed, Powers is so busy that he reneged on a Boulder Weekly interview for this story, but we won’t hold it against him. The second Youth Lagoon LP, Wondrous Bughouse — which features god-size (though tasteful) production and much wider use of acoustic instruments — was released in March and is a revelation. And an incredibly weird one at that.

On the surface, one can listen to the sweeping, bass-and-drum-heavy madness of “Mute,” with its “the devil tries to plague my mind” lyrics, and joke that the big difference between Powers’ charming, heartfelt early dorm-room tracks and Wondrous Bughouse is that now he can afford better drugs. But while songs like “Attic Doctor” are unmistakably druggy, Powers is clearly a deep, talented young man making brilliantly weird music.

“Raspberry Cane,” the highlight of Wondrous Bughouse, lies somewhere between OK Computer and Magical Mystery Tour, with its trippy space-opera bounce and Zen-like lyrics that somehow avoid cliché (and aptly juxtapose the grotesque-but-kind monsters in the song’s corresponding music video). Upon first listen, it’s nearly impossible to hear the repeated phrase “everybody cares” and not recall the feeling within “All You Need is Love.” It’s also impossible to listen to all the layers, whether layers of production or layers of emotion and psychology, of Youth Lagoon and wonder how Powers is able to translate such complexity with a full touring band. Boulder will find out Monday, Sept. 9.