“I’ve spent most of my adult life in record stores. This is the most organized, cleanest record store I’ve ever worked in,” says Bart’s Record Shop vinyl buyer and former Cavity guitarist Jon Martinez, who’s been employed at Bart’s for over twenty years and is a veteran of now-defunct legendary Boulder record shops like Trade-A-Tape and the old Wax Trax.

“It’s been refreshing to work under these circumstances,” Martinez said from behind a Pink Floyd mask while pricing stacks of used vinyl on a recent Thursday evening. “Everyone’s working very hard to make the store a great place. That’s not necessarily the case in all the other stores I’ve worked in. This is the one that hits all those sweet spots — and also, records are booming right now, and I’m astonished.”

SHOW REVIEW:
The Pamlico Sound at the Boulder Theater
by Adam Perry for Denver Westword 3/15/2021

Friday was the one-year anniversary of the night I sat in the historic Jamestown Mercantile, playing chess with my daughter, and received a text message from the Boulder Valley School District saying that classes were canceled indefinitely. The pandemic has been historic, deadly, chaotic and stressful; it’s also been painful and worrisome for almost anyone who’s either in the music industry or just relishes live music. So it was a big deal, after my music-loving girlfriend and I received recent vaccination shots, to attend the Pamlico Sound’s socially distanced concert at the Boulder Theater on Friday night – a real concert and a real date.

For months, the Boulder Theater has been slowly reintroducing live music, with local bands that usually play clubs and bars getting the chance to headline the beautiful 115-year-old, 850-capacity theater in a scaled-down setup that accommodates an audience of just under 150. The Pamlico Sound, led by multi-talented frontman and head honcho Will Baumgartner, aka Reverend EverReady, was a perfect fit for the theater’s incremental return, using its energetic big-band funk to remind people, no matter how awkward it might feel for some at first, what it’s like to dance in public.

As we entered the venue, a Boulder Theater employee took our temperatures, another scanned our tickets, and another was waiting to escort us to our first-row balcony seats. We were one of three couples in the balcony, each very far apart, and a masked waiter made the rounds, taking orders for drinks and food, explaining that ordering at the bar was not an option because of safety concerns. Those who reserved tables received two drinks per person and tacos, along with one vinyl copy per “pod” of the Pamlico Sound’s The Funk Is Not for Sale album.

Death or Glory: Adam Perry On How He Learned to Accept Stuttering and Prevail Over Fear
by Allegra Ludwig Michael for CadenceSpeech.com 2/23/2021

Adam Perry is an omnipresent talent in Colorado. The Pittsburgh native is a certified paralegal and accredited veterans’ representative who works in veterans’ disability law. He is also a drummer who has played with various local artists including the alt-country rock band Gasoline Lollipops and is deeply involved in Colorado music, from booking and promoting concerts to writing regular features for the Denver weekly newspaper, Westword.

I first met Adam when our daughters were in preschool together in Boulder, about eight years ago. What struck me about Adam was his quiet intelligence, his passion for music and the outdoors, his devotion to parenting, and that rare quality of being an extraordinary listener. I had the sense that everything I said was being carefully regarded. Every word mattered.

And for Adam, it does.

Adam is a person who stutters. This isn’t an identity he easily embraced, but one that he has come to regard as a pivotal force in his life.

Speaking by phone for this interview, he shared that as a child he felt bullied and ashamed about stuttering and managed it by hiding his speech as much as possible.

READ THE REST AT CADENCESPEECH.COM HERE

Man In the Box: Jake Schell Gives Local Drummers a Home
by Adam Perry for Westword 2/23/2021

Longmont-based coffee roaster Jake Schell, a native of rural Missouri, relocated to Boulder County six years ago after a long stretch in Kansas City. Moving between houses and apartments over the years has made his longtime hobby of playing the drums, which he took up at age six, difficult to keep up.

“When I moved out here, housing was crazy expensive, and I could only afford to live in an apartment, so I couldn’t play, and I spent probably five years without a drum set,” he says. “I was always looking for my fix to be able to play drums. The only options that I saw were studio spaces that rent for $300 a month.”

He didn’t have that kind of money to play drums for fun, so he bought an electronic drum kit. But he missed the real thing.

“I always wished that I could, like, go somewhere and jam for an hour,” says Schell, 38. “But I continued to look for that and never found it, so I started thinking that if I had that problem, there were probably a hundred other drummers in the area that probably had that same problem. I started thinking about how I could solve the problem — not just for myself, but for other people.”

NOTHING MATTERS: MY PANDEMIC YEAR IN MUSIC
by Adam Perry for Westword 1/5/2021

Since my daughter’s birth eleven years ago, music has always been one foot in, one foot out for me. Leading up to the pandemic, I regularly played local shows, booked and promoted concerts for numerous Colorado bands, interviewed notable touring musicians from David Crosby to Anderson .Paak, and covered the Denver and Boulder scenes for Westword, going to as many exciting shows with my girlfriend as possible. But I wasn’t willing to leave my daughter to hit the road hard.

Holding down a nine-to-five paralegal gig in veterans’ disability law and being the best dad I can prevented me from diving into life as a full-time drummer, a longtime dream I’ve given up twice. The first time was when I quit the Yawpers in May 2012, just a year after we’d debuted for maybe ten people as an acoustic trio at the No Name Bar in Boulder before quickly signing a record deal and beginning to tour frequently. The second was when I left Gasoline Lollipops in May 2018, after a sold-out farewell show at the Bluebird Theater, transitioning from serving as the GasPops’ full-time drummer, booking agent and publicist to working behind the scenes and enjoying chances to fill in at great venues like the Gothic Theatre when talented young Kevin Matthews, the group’s new drummer, wasn’t available.

It was a happy balance. I had the time and resources to be with my wonderful daughter every week and also maintain a romantic partnership I treasure while participating in Colorado music, an outlet I consider as important as oxygen. The pandemic took that balance away…and fast. Not only was the therapeutic aspect of playing live shows gone, along with the priceless (and nearly ceaseless) social connections that come with being part of a music scene, but I also lost a major portion of my income. 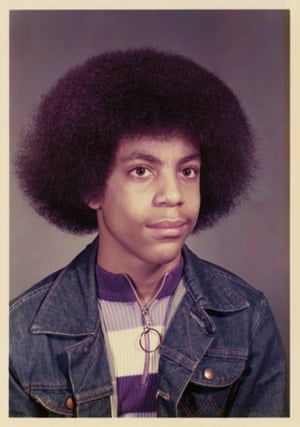 BOOK REVIEW: Prince’s The Beautiful Ones

When Little Richard, whose music and style influenced everyone from the Beatles to David Bowie, passed away recently I couldn’t help feeling sad that Prince isn’t around to pay tribute to the artist who was most obviously inspired his look, his attitude, and his sound. Prince – even in stories celebrities tell about collaborating or hanging out with him – seemed to pop up fully formed out of nowhere as the mysterious, sexy, funky Purple One, as seen (very Little Richard-esque) on the cover of Purple Rain. Even interviews with him don’t delve much into who influenced him, or who he went on to influence (nearly everyone in pop music), and his thoughts on those questions remain largely unanswered because of his tragic, untimely death in 2016 left his autobiography, The Beautiful Ones, unfinished.

In these uncertain days, live Internet performances by talented musicians are a source of entertainment, unity and comfort. Monica LaBonte, a stalwart of the Front Range singer-songwriter scene for the past decade, has been playing original tunes and covers over Facebook Live since April, in a weekly concert dubbed “Coffee and Tunes With Monica Marie.”

LaBonte was one of the lead singers of the Monocle Band, a Boulder-based Americana/folk group that played its last-ever gig at the Fox Theatre on January 18. LaBonte’s son, Cadence, was born almost a year ago, and she’s currently focused on raising him with her husband and readying her solo debut. The Colorado Springs native has been playing her Facebook Live gigs most Fridays, in the late morning, while Cadence naps in the next room. I spoke with her last week while her husband watched the baby. (READ THE INTERVIEW AT WESTWORD.COM HERE)

“We never dreamed that this would be a lifetime career,” Murder by Death singer-songwriter Adam Turla says, reflecting on the gothic-Americana band’s twentieth anniversary. “We just thought we were little artists doing our weird counterculture.”

Turla formed Murder by Death as a teenager in Indiana and now lives in Louisville, Kentucky, where he and Murder by Death cellist Sarah Balliet, who is also his wife, own and operate an Italian restaurant called Lupo, named after one of the group’s albums. To call Murder by Death “indie” would be a gigantic understatement, as the cult success never even booked a hotel room until it had played almost 500 shows, sleeping on floors and in a tour van for years.

“Our whole thing was, ‘Get in front of people, make them notice you, and hopefully they’ll come out next time,’” Turla told me recently, while Murder by Death was in Colorado for its annual Stanley Hotel residency.

Read the rest at Westword.com here

Boulder native LuLu Demitro and her brother, John, first formed a hard-rock band together as teenagers, calling it Branded Bandits and enlisting a former Foothills Elementary classmate, phenom Forrest Raup, on drums. After parting ways with Raup and making their way Spinal Tap-style through other drummers, the Demitro siblings (now 25 and 27) reunited with young Raup a few years ago, and Pink Fuzz, as the group is now known, was born.

John — who also plays in the Denver rock-and-roll band the Velveteers with another Demitro, their younger sister, Demi — plays guitar and sings in Pink Fuzz, while LuLu sings and plays bass. Pink Fuzz’s blazing debut album, Speed Demon, was released in 2018 to glowing reviews from lovers of the hard stuff. However, John and Lulu’s songwriting, aided by the production and engineering of Todd Divel at Silo Sound, is more complex and infatuating than glitzy L.A. hard rock and carries no trace of sludge/stoner metal.

Friday, February 21, at Lost Lake, Pink Fuzz — which just released a searing EP called Vitals that was also produced, engineered, mixed and mastered by Divel — will open for the all-female Australian band Stonefield. Already a grizzled veteran of the road, LuLu spoke with me by phone from Pink Fuzz’s tour van on the way to a recent gig in Crested Butte.

READ THE INTERVIEW AT WESTWORD.COM HERE